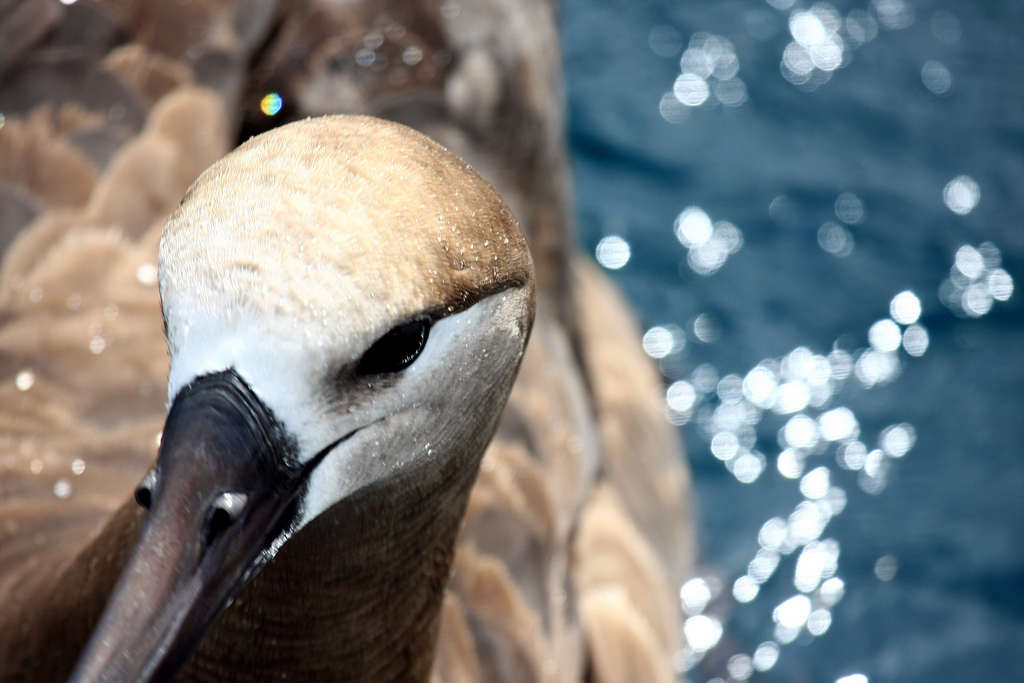 Reflection on the anthropocene

I recently wrote a short reflective piece on the anthropocene, prompted by an encounter with an albatross.

“As we approached this beautiful Laysan albatross nesting on the north shore of the island of Kaua’i, he stood to greet us.* He may have been proud of his egg and wanting to show it to us, but it is perhaps more likely that he was familiar with the routine of human visitors and knew that if he didn’t stand someone would soon start fishing around underneath him to check his leg band and inspect his egg. Wanting to get it over and done with, I suspect, he stood as we approached – just long enough for me to snap this photo – and then settled back down on his egg as we passed.”