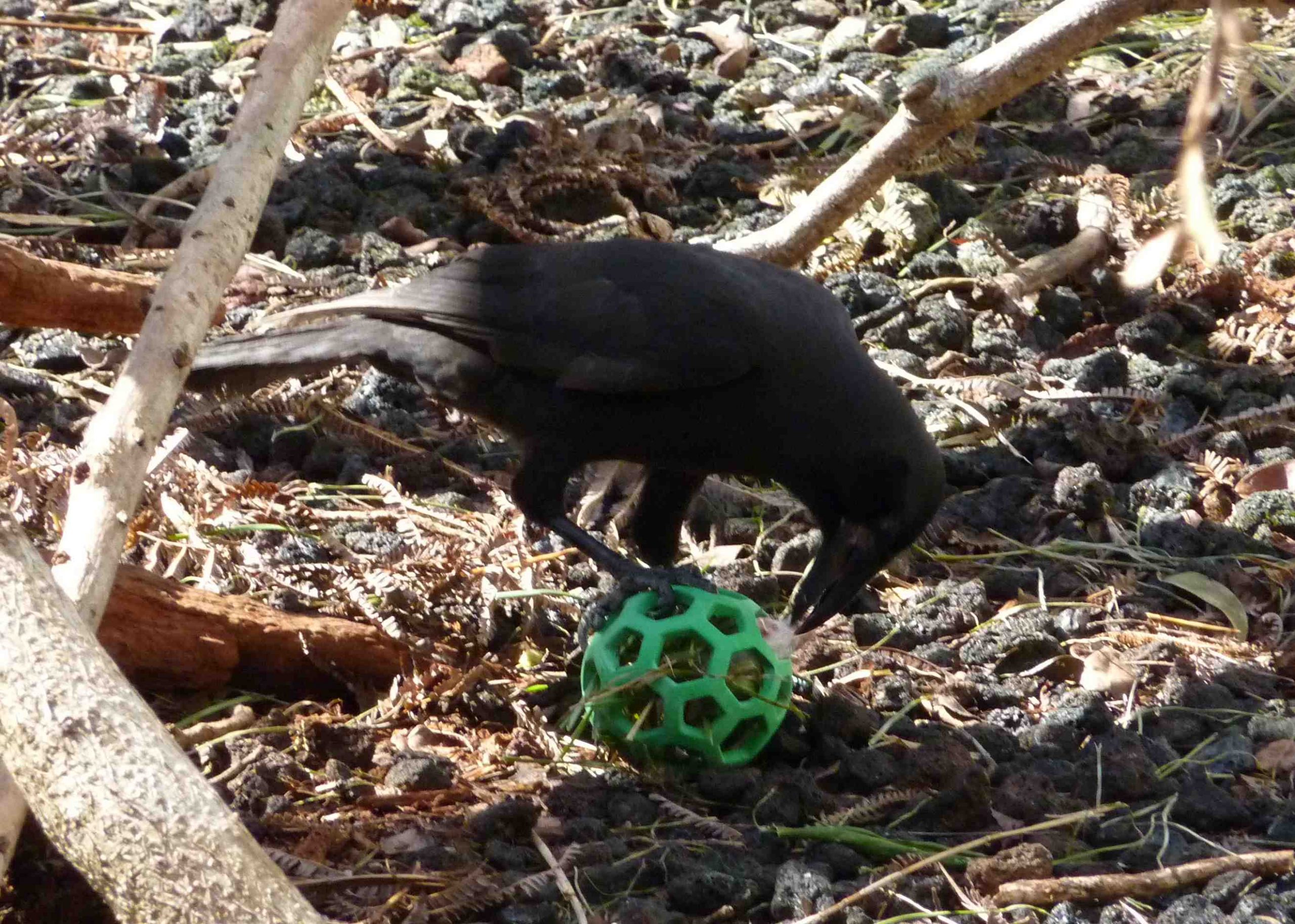 Care: Some musings on a theme

This short paper was written for a collaborative project that is working to develop a lexicon for the environmental humanities (yet to be published). It was presented at the Affective Habitus conference in Canberra in June 2014 in a panel with Cameron Muir, Eben Kirksey, Emily O’Gorman, Kate Wright, Matthew Kearnes and Tom Bristow (chaired by Deborah Bird Rose).

I have often felt over the past seven years or so like I am on an extended journey along the edge of extinction. I have spent time sitting among albatrosses engaged in courtship and nesting; I have dressed up like a whooping crane to interact with young birds learning a lost migratory route; I have helped to provide enrichment for captive Hawaiian crows, hiding dead mice inside green rubber balls in their aviaries to challenge and stimulate them (van Dooren, 2014). All of these birds are members, more accurately participants, of species that are in decline or in serious trouble. Spending time in these spaces has prompted me to think about ethics through concepts like witness, hope and inheritance (much of this work is a collaboration with Debbie). Through these experiences – and an ongoing engagement with, in particular, the work of Maria Puig de la Bellacasa and Donna Haraway – I have also begun to appreciate an important role for care, in all of its ambiguity and complexity. What does it mean to care for others at the edge of extinction? What forms might careful scholarship take at this time?

In Maria Puig’s recent work, care emerges as a particularly profound engagement with the world, simultaneously “a vital affective state, an ethical obligation and a practical labour” (2012: 197; 2010). Affective, ethical and practical; all of these facets matter. As an affective state, caring is an embodied phenomenon, the product of intellectual and emotional competencies: to care is to be affected by another, to be emotionally at stake in them in some way. As an ethical obligation, to care is to become subject to another, to recognise an obligation to look after another. Finally, as a practical labour, caring requires more from us than abstract well wishing, it requires that we get involved in some concrete way, that we do something (wherever possible) to take care of another. In short, in Puig’s work, care is an entry point into a grounded form of embodied and practical ethics.

But Puig is also intensely mindful that caring is a complex and compromised practice. Time and again I have witnessed how care for some individuals and species translates into suffering and death for others, the ‘violent-care’ of conservation (van Dooren, forthcoming; van Dooren, 2014): predators and competitors are culled, expendable animals provide food or enrichment for the endangered, the list goes on (Rose, 2013). Beyond conservation worlds, caring is often similarly fraught. In short, care is grounded in all of the mundane and “inescapable troubles of interdependent existences,” and can offer no guarantee of a “smooth harmonious world” (Puig de la Bellacasa, 2012: 197-199).

What emerges from this complexity is the necessity that care involve an ongoing critical engagement with the terms of its own production and practice. As Donna Haraway notes, “caring means becoming subject to the unsettling obligation of curiosity, which requires knowing more at the end of the day than at the beginning” (2008: 36). The kind of curiosity that Haraway has in mind here is definitively expansive, perhaps even explosive, rippling out into the world. It is this kind of curiosity that prompts her to ask: “Whom and what do I touch when I touch my dog? How is ‘becoming with’ a practice of becoming worldly?” (35). In Haraway’s hands, the simple act of touching a dog – “touch” she reminds us “does not make one small; it peppers its partners with attachment sites for world making” (36) – draws us out into complex interwoven histories of co-evolution and broader patterns of co-becoming, of ranching and the emergence of agriculture, of animal testing, contemporary pet keeping and much more (2003; 2008).

Together, Puig and Haraway offer us the potential to understand care itself as a vital practice of critique. Care-full curiosity opens up an appreciation of historical contingency: that things might have been and so might yet still be, otherwise. This is critique in the sense that Foucault (1997) described: a kind of genealogical exploration of contingency, an “historical ontology of the present” (Patton, 2013: 151), that refuses to take for granted assumed categories and frameworks and in so doing opens up new possibilities.

But in situating these kinds of critical interventions within a larger practice of care – which is something that both Haraway and Puig are already doing in their work (Puig de la Bellacasa, 2012) – our critique is grounded in a new way in the specificity of real bodies and worlds in ongoing relationship. Here, the obligation to ‘know more’ emerges as a demand for a kind of deep contextual and critical knowledge about the object of our care, a knowledge that simultaneously places us at stake in the world and demands that we be held accountable: what kinds of emotional, political and epistemic, frames orient our caring acts? What counts as care and why? How else might care be imagined and practiced? (Mol, 2008). In short, what am I really caring for, why, and at what cost to whom? (van Dooren, forthcoming).

Understood in this way, care is a vital concept for an engaged environmental humanities. Much more needs to be done to articulate what different kinds of careful scholarship might look like in different contexts. Perhaps the first step is to begin to explicitly re-imagine our critical work as itself an act of care. Haraway has stated of her own work: “I will critically analyze … only that which I love” (1997: 151). Perhaps though, love and care require these acts of curious critique. Perhaps we must critique what we love. This would be a kind of affectively and ethically engaged scholarship; one that also works to position our writing, speaking and teaching – however modest their impacts – as practical acts of care that can draw others into a sense of curiosity and concern for our changing world (Rose and van Dooren, in process). In this way, we are also called to re-imagine what care might yet become: how might we learn to better care for disappearing species, from re-working the daily practices of captive breeding (van Dooren, 2014; in process) to rethinking the broader frameworks of value that render unproblematic and commonsensical current approaches to ‘killing for conservation’ (van Dooren, 2011; forthcoming).

In short, the question is how placing care at the centre of our critical work might remake ourselves, our practices and our world: what might it mean to be inquisitive about, at stake in and accountable for, the worlds that ground our care and those that are brought about by it; to engage in a scholarship that embraces the fact that caring is always a practice of worlding?

Bibliography
Butler J. (2002) What is Critique? An Essay on Foucault’s Virtue. In: Ingram D (ed) The Political: Readings in Continental Philosophy. London: Blackwell.

Mol A. (2008) The logic of care: Health and the problem of patient choice, London: Routledge.